Submitted by Ron McCoy...
University Community Video (UCV) was formed in 1974 by the merger of two entities who were co-locating in a Rarig Center TV studio control room on the U of MN’s West Bank campus. The West Bank Video Access Center and MN Student Telecommunication Corp. both started in 1972.  UCV eventually move to their campus church location in 1979 on Ontario St SE and  then splitting from their University funding relationship eventually becoming  Intermedia Arts in 1987,  located in south Minneapolis and (update) closed in 2018.

Early on, UCV's primary focus was the training and access to portable video production and editing equipment. "Guerrilla Television" Following their initial efforts in distribution over the U of M's CCTV system, enhanced producer and production efforts led to the programming of two broadcast TV series; the pilot, Communitube aired on the Feb 13, 1974, followed by Changing Channels  a bi-weekly series that premiered on Wednesday Oct , 9th 1974 in the 10 PM time slot on local public television KTCA.

17 episodes were produced that first year expanding to 33 episodes in year two, 28 in year three, and 13 in year four.  A second series, Everybody’s TV Time was launched in 1975 featuring more “public access” entertainment content, eventually morphing into a monthly program Changing Channel’s Open Access. 267 video titles are archived at the Minnesota History Center, having been transferred in the 1990’s through the BAVC California facilities to SVHS sub masters and SVHS viewing copies.

In January 2016, Mark Stanley and Ron McCoy visited the InterMedia Arts archives meeting with Jennifer Huebscher, the Associate Curator of Photography and Moving Images.  We had the opportunity to see the sub-masters and library viewing copies as well as the lower level cool storage (62 degrees) archives, where the original program masters on ¾’U-matic videocassettes and boxes of open reel 1/2”EIAJ edit masters are stored.  The master edit videos are in great physical shape, but Ms. Huebscher has no record of them being played or rewound. Some are stored vertically on shelves others in cardboard boxes.


Ron said.. “It was extremely humbling to hold in my hands a program I had shot over 40 years ago, wondering if I’ll ever have the chance to revisit it again.”    Thanks to the 1980-90’s Intermedia Arts/MNHS transfers to SVHS, I can do that at the library's viewing stations.  (Ron was one of UCV's founding members serving initially as, "Inter-tribal Communications Animator" and then MSA/USTC's Executive Director 1973-1977)


To view tapes at MNHS, sign up for a MNHS library card at the History Center's front desk, Driving Directions, The library is on the 2nd floor, ask for the "Intermedia Arts Collections Part 1 and 2 " and select the programs to view via their "library call number",  submit your request, it can takes 5-30 Mins. depending on library activity, usually on the shorter end of that estimate, to pull the SVHS  or DVD copy and then view the program on their smaller screen playback stations, headphones provided by library. 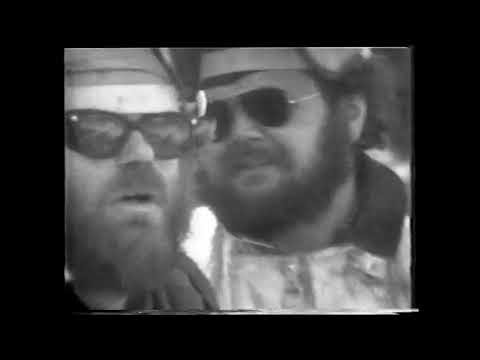 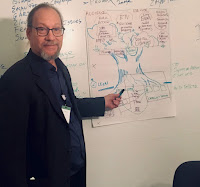